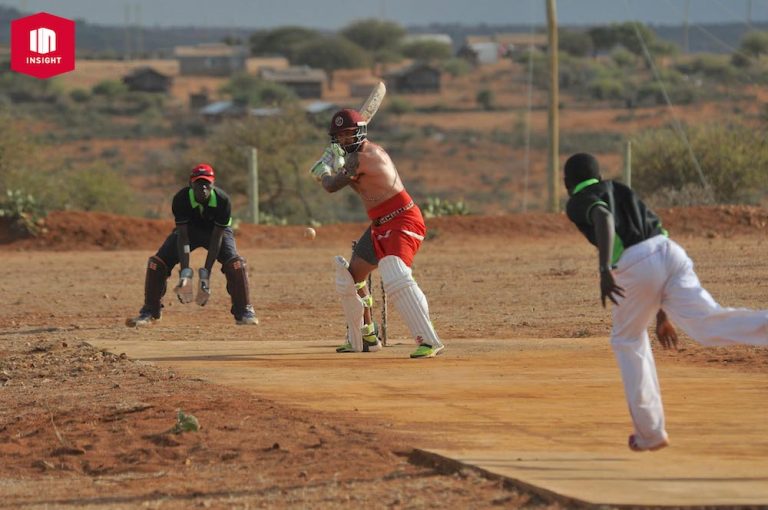 Presented by Somerset County Cricketer Peter Trego, Beyond the Boundary highlights the immense power of cricket from far flung corners of the earth

Hilversum – Netherlands – 7th August 2017 – INSIGHT TV, the world’s largest producer and broadcaster of adventure travel and extreme sports genres in true, unscripted 4K UHD HDR, is launching its new cricket show Beyond the Boundary, presented by Somerset cricket legend Peter Trego. The six-episode series, which begins on 10th August at 2200 CET on INSIGHT TV and INSIGHT.TV, was shot in Singapore, Sri Lanka, Rwanda, Kenya, South Africa and Dubai. Each episode follows stories of people and communities who have found that their love of cricket has enabled them to find positivity and happiness despite adversity.

Trego explains, “The whole experience really touched me.  One of the shoots that had the most profound effect was the second episode, which we filmed in Rwanda.” In 1994, up to a million Rwandans were killed during the 100-day period from April 7 to mid-July 1994.  “More than 20 years on the country still bears horrific scars but the government has used cricket to bring these two tribes together. It’s incredible to think how a small game from England is being used to bring unity and peace.”

In Singapore and Dubai, Trego met migrant workers whose living conditions are extremely tough, “I didn’t realise the lengths that some people go to play the game; it’s their lifeline. These guys work in construction doing 12-hour days, six days a week. They go to big cities to find work to support their families and to live the dream but the reality is very different.

It really made me appreciate the way that I play my cricket because I’ve seen the hardships these guys have to go through just to get a game in the middle of a dirt patch.”

Arun Maljaars, INSIGHT TV’s Global Content Strategy Manager explains, “Beyond the Boundary will be loved by both cricket and non-cricket fans; it’s not like any other cricketing show. It really gets to the spirit of how sport can provide a lifeline to people often living in very difficult circumstances.”

Trego agrees, “If there’s one statement I could say to the cricket world it’s: you haven’t seen anything like this before! I’ve watched a lot of cricket TV. This isn’t about Shane Warne or Glenn McGrath, it’s not about an Ashes series; this is the people’s cricket.”

INSIGHT TV is broadcast via its 4K UHD SVOD platform (INSIGHT.TV) to subscribers globally or via iOS and Android devices using the INSIGHT TV App. It’s also available on platforms across Europe including Sky, Vodafone, Swisscom, Tricolor and M7 Group.

Beyond the Boundary Show Reel

INSIGHT TV has hundreds of hours of UHD content and commissions 200 hours of brand new content each year. INSIGHT TV reaches millions of homes in Europe, Eastern Europe, Asia and the USA. Committed to pushing the boundaries of linear and non-linear broadcasting INSIGHT’s content stretches from Adventure Travel, Inspiring Science and Technology and Extreme sports, all shot in UHD. INSIGHT TV’s range of programming demonstrates the best of Ultra HD, 4K and HDR.