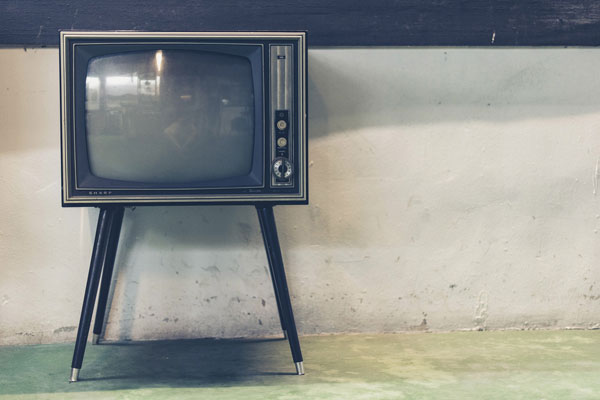 Happily for you all, I’m going to start with a massive industry cliché: I don’t actually watch that much television, be that linear, OTT, VOD or delivered by carrier pigeon. I certainly haven’t sat and watched any broadcast linear peak time TV for a long, long time. How many times have you heard people say that? But I will confess that I do watch a lot of video.

Yes, I am in danger of becoming a YouTube addict. No, not for years-old TV re-runs or illicit captures of recent output, but for niche(ish) interest content: car channels, music production/general music content and, yes, alright, I did once watch a couple of Formula 1 game videos. I’m 47 years old. I know, I know.

And now for a second cliché: I only really watch sport (Formula 1, natch) and films on my living room TV. Over the past couple of years, when I do watch TV content, it’s via catch-up, live streaming or other OTT services on my iPad. In many ways, my iPad has become the centre of my viewing world.

But earlier this year, after a particularly intense few days of work, I slumped on my couch and turned on the telly. The thing that grabbed my attention was the first part of a two-part BBC documentary call Conviction: Murder in Suburbia. Within a few minutes, it had me hooked, well and truly. Why? The sheer quality of the experience. The way it was shot and edited; the use of music; the sheer narrative thrust of it. What could have been very dry subject matter had been turned into something powerful and moving. It looked and sounded fantastic. And it needed a decent screen and sound to fully get that across.

Immediately after that, I watched the first episode of Gone Fishing, a gentle show with Bob Mortimer and Paul Whitehouse meandering (pun intended) around the countryside, talking about their health scares and life in general. Again, I was taken aback by the sheer quality of the experience and yes, again, it moved me.

To my mind, it’s analogous to the proliferation of MP3s for music. A couple of years back a hi-fi-obsessed friend gave me a quite high-end CD player he couldn’t be bothered to sell. It sat unused in my place for some time and then, one day, I wired it up and…oh blimey! Suddenly I realised how I had gradually come to accept MP3 quality – even at maximum bit rate – streamed to my system as just fine. And for most of the time it is.

But there are times that it simply isn’t; magic is lost. And both these shows I watched on free-to-air, linear TV in their scheduled time slots. There’s life in the old dog yet.